In the United States and Canada we have a National League and an American League Football Team. They usually play on Sundays during the Fall Season, starting in September. 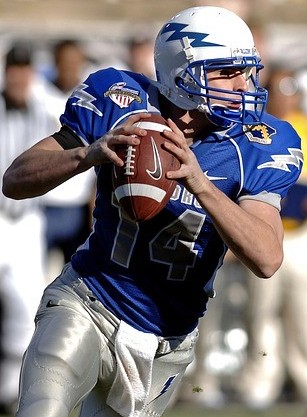 All the College Teams in the US, usually play on the Saturdays during the same season.

As we all know, the term “Football” on the other side of the pond, is really called “Soccer”. Most people in Europe and beyond call their Soccer Teams, Football Teams. While here in the United States, Football is a completely different game.

American Football, is played by two teams of 11 players on a rectangular field with goal posts ate each end. The new season will start on 09/06/2018 at 8:20 pm for the National Football League. (Mostly know as the NFL). Now comes the good part, there are 16 teams that play for 17 weeks. Each of the 2 Conferences have 16 teams each. Four for the North, South, East and West. This 2nd Conference is called the American Football League.

Now these teams all have their 11 players on the fields, mostly on the weekends playing Sunday Games. Saturday is reserved for all the Colleges in the United States to play. Even though they have a tremendous amount of players sitting on the side lines to switch a player, either because he had gotten hurt or to rest awhile. But you can only have 11 players on the field at a time. The main person on each team is usually the Quarterback.

There are some preseason games that start on Thursday 08/02 at 8 pm. This game will be between the Chicago Bears and the Baltimore Ravens. Then there are going to be 5 weeks of pregames before the regular season starts. All the Teams and Team Players will have their own Brand of Jerseys. Some even sign their sneakers, for a lot of money, they can be bought. All depending on how well they had played during the regular season.

When we say Football, our minds wander to the weekends, to all the games. Ok bring out the beer, soda and snacks. Oh, don’t forget all our friends. Some of the women also, can’t wait for the games to come on. So you walk the dog before 1:00 pm so you will be ready to sit and cheer your favorite team on. And at 4:00 the second game usually starts. After the college games on Saturday, we are now ready for the Sunday Pro Games.

My Wife said to me, one Saturday while I was watching the College Games. She said to me, if this is all you are going to do on the Weekends is watch football, I need you to get me something that will go from 0 to 260 in about 2 minutes. (Thinking she is going to get a new car). So he bought her a scale. This is when the fight started.

So if our wives are not into the games as we are, there has to be some kind of compromise. Maybe we can start by buying a Football Jersey for her from one of the teams. This way she may feel like watching at least one game with you.

There are all kinds of Custom Football Jersey places that have everything from the Atlanta Falcons, to the NY Giants, to the Green Bay Packers and all of your favorite teams. They could be bought from any Sports Memrobilia Store here. Or even from the UK store Classic Football Shirts from the UK.

So when you are out there at the training camp, you have to rebuild a foundation. As you get to know all the new guys, you have to get the chemistry going. It’s all about rebuilding and getting to know your teammates, while getting out on the field and enjoying playing football. 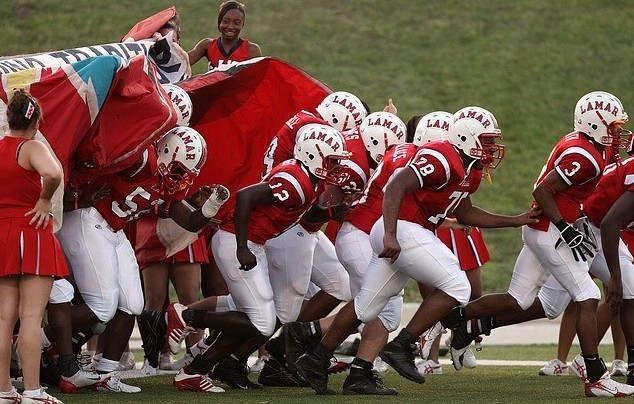 Nowadays when the football season starts, everyone is out there throwing around the footballs to one another. The kids have school teams playing on Saturday and Sundays, and practicing all week-long after school. The clothing they have to wear, you would wonder if they could still stand up. You have the Shoulder Pads, the Knee Pads, Helmets, Cleats or Sneakers and Football Girdles. This is all besides the Football itself.

Then you have to have the right equipment to train on, Step–Over–Dummies, Some Spare Truck Tires, A Blocking Dummy, A Pro-Down Shield and then maybe a Speed Shute. This equipment is usually supplied by the schools. But everything else, has to be supplied by the parents for each kid. Make sure you don’t forget the mouth guard.

Let’s not forget about the girls. They make up the infamous cheerleaders for all the teams. Each team, no matter whether they are the Pros, College or even High School, they all have a cheer leading team. I am sure that you have seen them on the TV, during the half-times or on the side-lines, while the game is being played. Especially when a touch down is scored.

High School Football is called gridiron football which is played by all the High School teams in the United States and Canada. It is one of the most interscholastic sports around. The official age would be 14 years old and up, depending on the size of the kid and the school approvals.

How Many High School Teams Are There?

Football is the #1 top sport in the U. S. at all the High Schools. There are more than 16,000 High Schools and over 11,800 students playing the game this season. After a 6-month research, the top 25 early contenders presented by Shock Doctor were listed, but I am only going to name the two from last years Championship Game. Mater Dei (Santa Ana, Calf) went from beginning to end as the #1 team in the country.

In 2017 the 2 contenders for the Championship were, St John Bosco (Bullflower, Calf) and Mater Dei (Santa Ana, Calf) where Mater Dei won the game 49-24.

This item has 12 Customer Reviews and a 4.8 out of 5 star rating

This item has 47 Customer Reviews with a 4.5 out of 5 star rating

Having 35 Customer Reviews and a 4.0 out of 5 star rating

Usually the football jersey’s have to be bought through the school because of the school colors. If not, then they could be gotten here from Amazon.

Socks and Shoes or Cleats

Having a 12 Customer Reviews with a 4.3 out of 5 star rating

This site uses Akismet to reduce spam. Learn how your comment data is processed.

Affiliate Disclosure – I am an Affiliate of many products promoted on this website and may earn a commission if you purchase something.